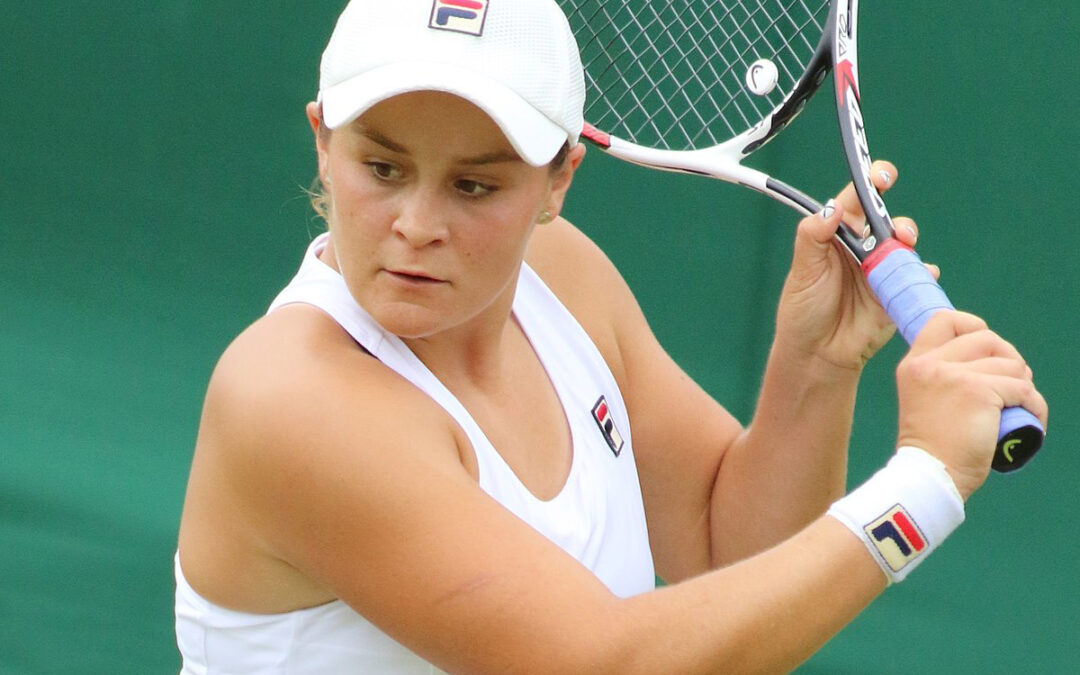 I’m on vacation today, and so had a lavishly lengthy amount of time of time to work on various strokes this a.m. with my friends Big Red (ball machine) and Basket Case (ball hopper – filled with a boxful of Infiniti pressureless balls). Adding to that my iPhone 8+ for stroke review (in this case serves) and it was a pleasing amount of attention on several fronts:

Slice backhand – after watching part of the 2021 Western and Southern Open (Cincinnati) with Lane yesterday, where Ashleigh Barty calmly dissected Victoria Azarenka 6-0, 6-2, with much of the dismemberment due to a frequent use of a slice shot that is different from what was gifted to DeArmond Briggs (local pro) and myself by Vic Braden*, I thought I’d try hers a bit.

DeArmond has always described a sort of banana shape to this shot, where the racket path is more or less high low high, in a straight line toward the target. But Barty and a fairly well known pro named Roger Federer cut across the ball from left to right.

It may be that what I’ve been using (and teaching) all these years is really an underspin drive, while a true slice lives up to its name by making that cut.

So, I had a full load of Big Red today trying out the Barty/Fed slice. Can’t wait to try it out on an actual human.

Two handed backhand – Still nursing this along. It all seems so clear when I’m standing in my driveway, shadow boxing two handers in the south window reflection. More than one tennis video has sent me out to the truck to pull a racket out of the (Honda Ridgeline) in-bed trunk to grab a racket to try out the latest tip in my improvised tennis mirror. People keep saying “pretend it’s a left handed forehand,” and I finally got it, there in the driveway. But I wondered if that would that clarity still be there with a ball coming at 60 mph?

My solution today was to slow down the shot interval on the ball machine from 4 to 8 seconds so that I could hit one and then fake one, to keep resetting the lefty forehand feeling between each actual hit. It was a help, for sure, but the 2HBH is still in development.

Kick serve – I’ve been working on a kick for over  year now, and can’t say that I own it yet, which is kind of wierd in some ways, because for some people it is considered to be a conservative, second serve. Recently I’ve been having some success in a 4.5 doubles group with my existing kick, but I know I can do better. Today I went through the entire Fuzzy Yellow Balls course (on the app) on the kick serve and did a lot better, using their detailed advice on toss, stance, trajectory and finish. One thing: for a supposedly conservative shot, there are a lot of moving parts and unique factors. Will try on court tomorrow – stay tuned.

* I was for  a short time an alternate pro at Vic’s Cota de Caza facility.