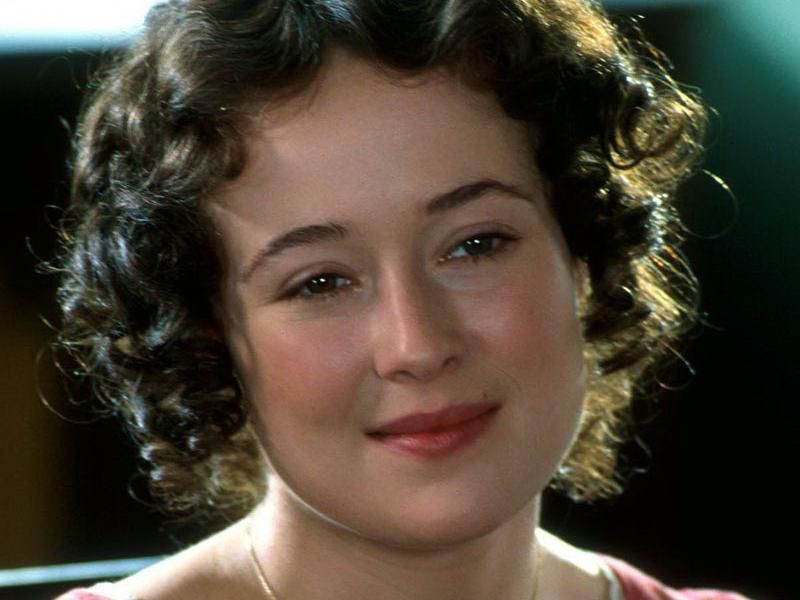 The general feeling is that the 1995 BBC mini-series version of Pride and Prejudice is more or less the definitive version. Featuring Jennifer Ehle and Colin Firth, it makes use of the extended time of a six part series in order to fully explicate the novel in a way that a movie just can’t touch.

Colin Firth is the famous actor in the production, but in some ways the series should have the subtitle “About Elizabeth’s Face” since the camera spends so much time lingering on it, and rightly so, since Ehle has as many facial expressions and moods as a lovely lagoon, subject to multiple seasons and breezes.

It’s wonderful to enter with Jennifer and the remaining cast into a world of women and the concerns of women, even in a time when career options appear to be constrained to married, maid, or old maid. It’s deeply satisfying to watch Jennifer (as Elizabeth) navigate the imbalances of both pride and prejudice, both culturally and in her own perceptions and misperceptions.

As with every version of this show, there are peculiarities of casting and emphasis. In translating a novel to the screen, the screenwriter and director may feature certain elements over others, or even create scenes that never appeared in the novel. That coupled with casting, costuming, and sets creates the uniqueness of each production.

On the casting level, we have a group of five Bennett sisters, none of whom seem like they could possibly be in the same family. Susannah Harker does a great job as Jane, the eldest, but is miscast as the beautiful sister, not because she lacks beauty, but due to the fact that the hairstyles of the period are simply unflattering for her. She should never wear ringlets again.

Other performers such as Polly Maberly (Kitty), will not look back in kindness upon this role, since she was cast perhaps three years before she entered her truly adorable phase, and yet the 1995 Polly is preserved forever. And Lucy Briers is cruelly blemished and dour, for someone who looks a lot better in a pixie cut.

As I have mentioned in previous P&P reviews, each production acquires a lot of its character by how it treats certain sub-characters, most centrally Mr. Collins, and Lady Catherine DeBourgh among others. David Bamber as Mr. Collins brings several vocabulary words to life, since he is the embodiment of terms such as simpering, obsequious, and oleaginous. His fawning adoration and self-association with the haughty DeBourgh is character acting at its fullest.

There are a few deliciously repellent characters that stand out as wonderful acting opportunities, and this one, along with Malvolio in Twelfth Night, is a prime example.

Each character in Pride and Prejudice, certainly the main ones, but also these less central ones, embody both themes mentioned in the title.

The DeBourgh character, here portrayed by the once lovely Barbara Leigh-Hunt, brings a brittle and petty character to life. The shrill Lady Bennett (Alison Steadman) wears out her welcome early, and keeps wearing it.

You can measure the success of such performances by the degree to which you are itching to reach for the bug spray. I think you ‘ll agree that even DDT is subconsciously in order for such portrayals, regardless of environmental consequences. After all, the story all takes place in about 1830, so it should all wear off by your next gardening season, if any.

The satisfaction of this show and of almost every favorite story is to see character growth, and Pride and Prejudice intrinsically satisfies due to the growth and complete reversal of attitudes on the part of both main characters, resting at last in a timeless love.

Even the novel struggles with the great deal of haughtiness portrayed by the Darcy character at the onset in comparison to how he is portrayed later. But that is the story, and this production navigates those contrasts with as much grace as any, and, at least to this date, deserves the “definitive” label.

But still watch them all.

On the other hand, rumors abound of connections between P&P and the rom-com ur-drama Bridget Jones’ Diary. And yes, there are notes of reference, echoes of language, and so forth, but the flavor of this show is so distinct that there isn’t really a deep resonance between the two.

In some ways we can look at the character arc of a major player as the backbone of a show. With P&P we have an Elizabeth whose steely-eyed integrity cuts through differences in social status and establishes a higher plane where she and Darcy can meet her as equals.

In Bridget Jones we see someone who struggles mostly with her own self-confidence issues. In the latter scenario she measures herself against two other men and their distinctly different levels of reliability – each of them embodying a different conclusion regarding her self-worth.

On the other hand, despite the very different core of these shows, let’s face it, the screenwriter for these two productions are the same, the wildly prolific Andrew Davies:

So, even though the DNA of these shows is quite different, Davis is at ease with the material, and with the occasional wink, referencing the original.

Colin Firth of course is the same male lead in both productions. But they are very different shows, and that’s fine.