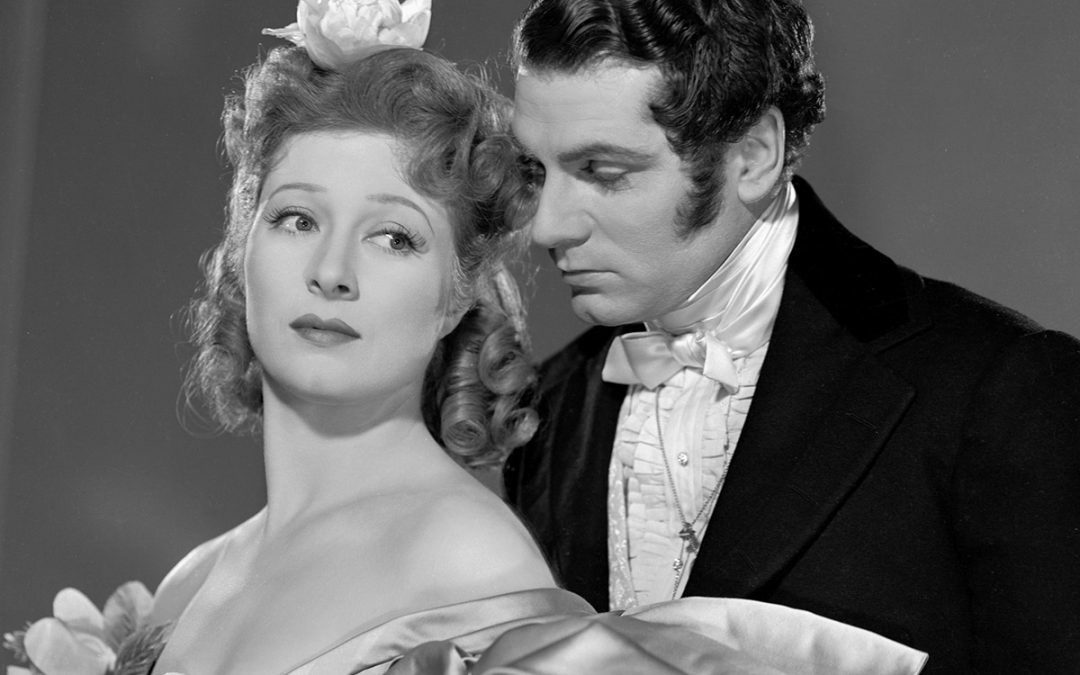 The 1940 Pride and Prejudice movie seems largely forgotten in the wave after wave of subsequent iterations, but it should not be omitted from viewing, since the lead performers Sir Lawrence Olivier and a young Greer Garson uniquely present the P&P story, and there are some surprising elements.

To start with, British intellectual, spiritual seeker and Brave New World author Aldous Huxley wrote the screenplay. The cast in this production is equally astonishing, since, in addition to Olivier and Garson it includes Maureen O’Sullivan (Jane in Tarzan the Ape Man), mother of Mia Farrow) , Ann Rutherford (Andy Hardy, Gone With the Wind), and Edmund Gwenn (Santa Claus in Miracle on 34th Street).

Most centrally the 1940 show is a celebration of dialogue. The Lizzie and Darcy characters are not monolithically opposed to each other at the beginning and then totally in love at the end, as in some productions. There is flirtation throughout – intriguing exchanges – wit and interest alternate with sparks of anger and indignation. The story line is retained, but there is a subtlety and nuance to their exchanges that reveal that good acting is not an invention that launched in 2001.

Any book-derived movie lacks the detail of the book, but this nuanced treatment is closer to the book than most other movie versions. On the other hand, this production is not above creating a scene completely new, when Elizabeth crushes a 1940’s mansplaining interlude by destroying Darcy in a private archery contest.

One of the choices made in P&P productions is what to do with the several odious characters, including (among others) Reverend Collins, the highly rejectable suitor for Elizabeth Bennet’s hand, and Lady Catherine DeBourgh, the living embodiment of both pride and prejudice.

In the 1940 the Collins role is played by Melville Cooper, who has the flopping physicality of a 1940’s version of Andy Kauffman.

The Lady Catherine DeBourgh character (Edna May Oliver) also echoes the deportment of a modern character, namely the tall and haughty Jane Hathaway in the Beverly Hillbillies, and this production’s treatment of DeBourgh is also the only non-derivative version to give the character a sympathetic turn by the end.

The many film manifestations of the DeBourgh daughter variously portray her as shy, weak, mother-bullied, and generally the least attractive spousal option possible for the vital and dynamic Darcy.. This production is the only one I’ve seen where the daughter character is aware of and joins her mother in the destined-since-birth plan by DeBourgh and Darcy’s mother to unite their offspring in an eventual marriage.

Another big decision in productions of Pride and Prejudice is what to do about costuming, a topic which has ample web coverage (and more). In one of the opening scenes where all of the Bennet daughters are out shopping  is an almost hilarious array of enormous bonnets. And there are a profusion of mutton chop sleeves throughout the production.

Don’t omit this version from your survey of Pride and Prejudice over the years. I wouldn’t call it the best overall, but it does some things better than any other, and for a fan of the story, will never disappoint.