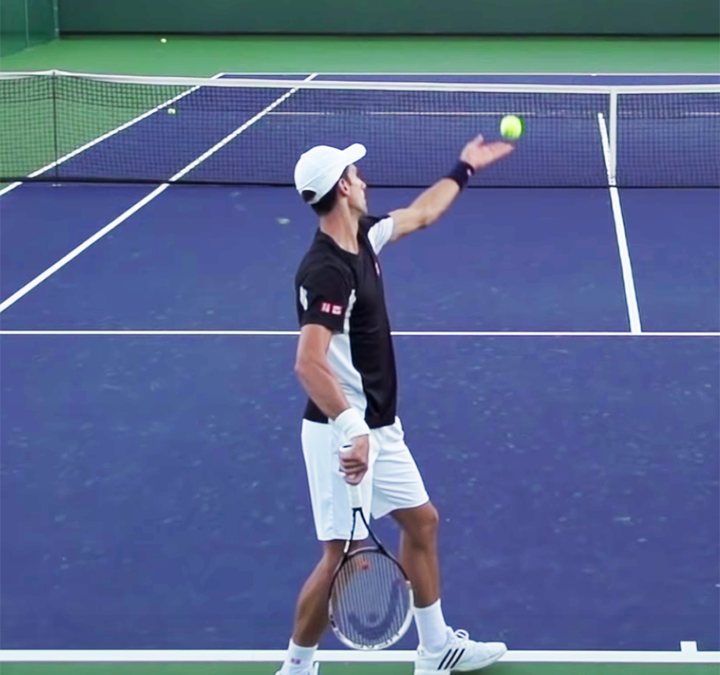 Starting with a limp wrist has all kinds of baggage as a phrase, but in tennis it turns out to have some high-level adherents in terms of serve technique, namely Novak Djokavic , who lifts the arm in his serve prep with the racket more or less dangling straight down.

In my continual quest for optimal serve technique, it’s a sort of reinforcement to see successful pros using subtle elements that I’ve been experimenting with, and even going farther in some cases.

Watching a tennis professional is a sort of master class, if you know what you are looking at. In fact, a playing pro is more or less nakedly revealing their theory of tennis in front of a worldwide audience. In some cases there are millions of dollars on the line, and whatever forehand they hit constitutes their best bet for how to win that money.

It’s not life or death, but it is flash or cash.

Sometimes you don’t know what you are seeing until some new tip comes your way, via one of the wide array of free Youtube instructional videos (usually teasers for paid courses). Then when you take a look at the paid pro, you see that they were already doing that.

In the case of Novak’s serve, I was surprised to see that he uses a straight up lift of the racket, like the shot popularized by Roddick, instead of the classic swing backwards to the trophy position. But while Roddick lifts the racket up horizontal to the ground, Djokovic lets the tip of the racket dangle, which I believe sets the desired loose wrist as am integral factor throughout the shot. Mo bettah.